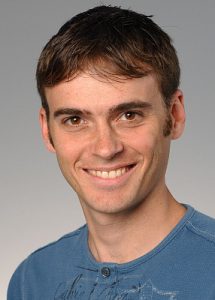 In conjunction with Chinese, Belgian, German and American academic colleagues, the team of researchers from the Université de Sherbrooke (UdeS), led by the Director of the Department of Pharmacology-Physiology, Professor Louis Gendron, participated in the discovery of the binding mechanism of an important opioid receptor. The results should facilitate the development of new active substances. Opioids used today to treat severe pain can be addictive and often have significant side effects, such as nausea. The results are published in the renowned journal Science Advances.

Clinically used opioids, such as morphine, oxycodone or fentanyl, bind to opioid receptors in the body that we call MOP, DOP and KOP receptors. The analgesics currently on the market primarily activate MOP receptors (also known as mu opioid receptors). However, its activation can not only be addictive, but can also cause significant adverse effects.

In this collective effort, Prof. Gendron’s team had the difficult task of showing the role of each of the contact points between the ligands and the receptor, previously identified by X-rays :

It is thanks to our great expertise in opioid pharmacology that we were approached to participate in this important study.

The UdeS contribution to this project, funded by the Canadian Institutes of Health Research (CIHR), was to accurately describe the importance of each point of interaction between the receptor and each of the two ligands for the selective activation of this receptor. The information gathered during the two years invested in this project will allow the development of new compounds that could potentially lead to new pain treatments.

Beyond this extraordinary achievement, this type of collective effort demonstrates the expertise in drug research that the Université de Sherbrooke, through its Faculty of Medicine and Health Sciences, and the CHUS Research Centre occupy on the international scene.