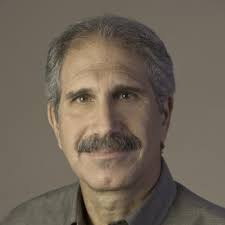 Dr. Robert Malenka is an acknowledged world leader in elucidating the mechanisms and function of synaptic plasticity in the brain.  Synaptic plasticity refers to changes in the efficacy of transmission through the connections between neurons called synapses.  These long-lasting and activity-dependent changes are important for the formation of neural circuits and underlie learning and memory.

Dr. Malenka’s research has defined the core mechanism underlying two factors essential for learning and memory formation in a brain region called the hippocampus: long-term potentiation (strengthening of synapses) and long-term depression (weakening of synapses).  Work from his laboratory has demonstrated that there are a variety of related but distinct forms of synaptic plasticity. He has identified critical factors that trigger synaptic plasticity, and some of the exact modifications in synaptic proteins that are responsible for changes in synapses efficacy.

A related but independent area of research in the Malenka laboratory is the elucidation of the synaptic action of drugs of abuse such as the psychostimulants cocaine and amphetamine. Because chronic exposure to drugs of abuse elicit long-term adaptive changes in critical neural circuits, it is hoped that the knowledge gained from the work on the molecular mechanisms underlying synaptic plasticity will provide important clues to the molecular mechanisms underlying the development of tolerance, dependence and addiction.

Dr. Malenka’s impressive body of work, has resulted in >250 peer reviewed publications including >45 papers in Nature, Science and Cell, and >65 papers in Neuron and Nature Neuroscience. The full listing of his publications can be found here:

Back to the 2019 speakers page

blue-leaf-transp-300px
Join a CAN Committee!

Apply today for membership in the following committees: