The Clinic as Laboratory: Lessons from Parkinson’s 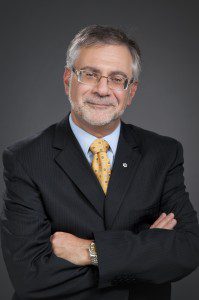 – Professor & Head of Neurology, University of British Columbia
– Co-Director of the Djavad Mowafaghian Centre for Brain Health at UBC & Vancouver Coastal Health
– Canada Research Chair in Parkinson (Tier 1)
– Vice-President of the World Parkinson coalition
– Board member of the International Association of Parkinsonism & Related Disorders
– Chair of the Mentoring Committee of the Parkinson Study Group

Dr. Stoessl’s research involves the use of advanced imaging techniques to study Parkinson’s disease and related disorders, including the use of imaging as a biomarker, the basis for complications of treatment and mechanisms of the placebo effect.

He has nearly 9500 citations and has published more than 270 papers and book chapters.

Learn more about Dr. Stoessl and his research on his profile page: Jon Stoessl at UBC Neuroscience