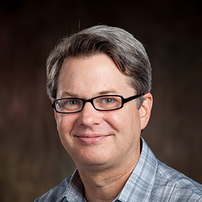 Dr. R. Clayton Reid is a recognized authority on how the brain processes and makes sense of visual information, and has approached these topics from a variety of methods including electrophysiology, imaging, and quantitative analysis. Most recently he has used a combination of imaging and anatomical approaches to investigate how the structure of neural connections relates to functional brain circuitry. He has helped to pioneer new methods for recording increasingly large groups of neurons simultaneously in order to study information processing in neuronal populations.

R. Clay Reid joined the Allen Institute in 2012 to lead a major initiative aimed at deciphering how information is encoded and processed in neural networks of the visual system, using behavior, anatomy and physiology. Prior to joining the Allen Institute, Reid served as Professor of Neurobiology at Harvard Medical School, where he had been on the faculty for fifteen years. A recipient of the Klingenstein Fellowship in 1993 and the Society for Neuroscience Young Investigator Award in 2001, Reid has long been regarded as a pioneering leader in the field. Reid holds B.S. degrees in Mathematics and in Physics and Philosophy from Yale University, a Ph.D. from the Rockefeller University, and an M.D. from Cornell University Medical College.

Visit the Allen Institute for Brain Science to learn more about Dr. Reid and his work