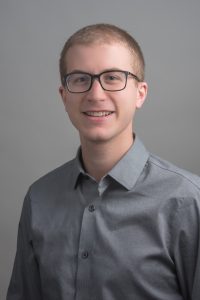 Scientific publication:
Bell, S., et al., 2019. Mutations in ACTL6B Cause Neurodevelopmental Deficits and Epilepsy and Lead to Loss of Dendrites in Human Neurons. The American Journal of Human Genetics 104, 815–834.
Link to paper
Funding:
This study was supported by Canadian Institutes of Health grants awarded to the labs of both Dr. Carl Ernst and Dr. Phillipe Campeau. Dr. Bell is grateful to have been supported by a Fonds de recherche du Québec – Santé Doctoral Scholarship for this study.

Dr. Bell did this work in Montreal, Quebec, and is currently attending medical school in Calgary, Alberta

A team of researchers, led by Dr. Scott Bell in the laboratory of Carl Ernst at the Douglas Hospital Research Centre (affiliated to McGill University) has identified a gene called ACTL6B which plays an important role in brain development. The researchers found that the ACTL6B gene, a crucial component the DNA remodeling machinery, was implicated in two distinct neurodevelopmental diseases — depending on the type of mutation observed. The discovery started with an effort to diagnose two young siblings in Quebec who were experiencing seizures and neurodevelopmental deficits.

In order to further investigate the disorder in the two affected siblings, Dr. Bell made induced pluripotent stem cells (iPSCs) from the toddlers’ skin cells. From these, he produced neurons he could compare to neurons derived from healthy individuals. The ACTL6B mutated neurons from the patients failed to properly develop, an issue that disappeared when Dr. Bell then repaired the mutation in ACTL6B.

A medical geneticist working at a large children’s hospital, CHU Sainte-Justine Research Center at the University of Montreal, Dr. Philippe Campeau was also studying the same gene when he heard a lecture by Dr. Ernst about these results. His studies involved two families in an epilepsy genome study. Dr. Ernst and Dr. Campeau reached out to other researchers around the world and were able to identify 20 cases, in over 10 countries, of individuals with similar defects in brain development who also had mutation in the ACTL6B gene. These twenty patients were found to fall into two distinct groups of symptoms and types of mutations in ACTL6B, demonstrating two related but distinct new genetic diseases.

This study was impactful for a number of reasons. It provided first description of two new neurodevelopmental diseases, and the first formal diagnosis for the families involved in the study. This study also convincingly demonstrates the molecular and cellular impacts that these mutations have on developing neurons by showing these can be induced or reversed by the presence or absence of mutations in ACTL6B. These results help identify therapeutic targets for future studies, which may help develop treatments for patients with mutations in ACTL6B.

Scott Bell made this discovery as a Ph.D. student in the laboratory of Dr. Carl Ernst, at the Douglas Hospital Research Centre, affiliated to McGill University. He currently is pursing a medical degree at the University of Calgary to help establish better medical care and outcomes for patients with rare neurodevelopmental disorders.