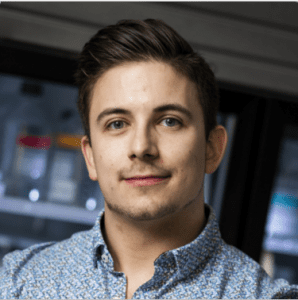 Identification of a circuit responsible for building memories during sleep

Brandon Hauer, a PhD student in the laboratories of Drs. Clayton Dickson and Silvia Pagliardini at the University of Alberta, has identified a mechanism that may help build memories during deep sleep. This study identified a brain region called the nucleus reuniens, an area which connects two other brain structures involved in creating memories — the prefrontal cortex and the hippocampus— and may coordinate their activity during deep, slow-wave sleep.

Slow wave sleep has an important role in memory consolidation. In this study, the researchers describe the contribution of an often overlooked and relatively under-studied region of the brain — the thalamic nucleus reuniens — in potentially facilitating sleep-related memory consolidation. They show the nucleus reuniens is required to coordinate slow waves between two key memory areas in the brain, a process thought to underlie memory formation. This novel finding helps to explain reports of the importance of the nucleus reuniens in various memory tasks.

As such, this paper presents a critical mechanistic explanation for how memories may be made more permanent during sleep. This may be particularly relevant to clinical populations with impoverished memory capabilities (e.g., those with dementia), as well as for those who suffer from sleep disorders. The nucleus reuniens is an attractive candidate for investigating sleep and memory-related functions in these populations.

Brandon Hauer is a PhD student in the laboratories of Drs. Clayton Dickson and Silvia Pagliardini at the University of Alberta. He performed all the data collection and analysis presented in this publication with guiding input from his supervisors, as well as the writing of the publication. Brandon Hauer has presented this research in both poster and seminar formats at local, national and international conferences.