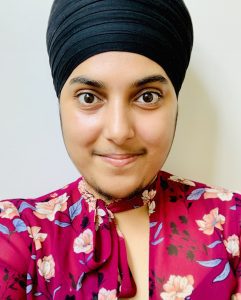 Hydrogen peroxide (H2O2) is produced in the body as a normal by-product of metabolism. It has been linked to inflammation, stress and cell death, potentially contributing to aging and neurodegenerative diseases such as Alzheimer’s and Parkinson’s diseases. However, there is growing evidence that H2O2 can also have roles in normal physiology.

Alamjeet Kaur Chauhan-Puri, a Ph.D. student with Dr. Neil Magoski at Queen’s University has now provided evidence of such a physiologically relevant role for H2O2. She recently showed that H2O2 can have an important role in the reproduction of a marine snail called Aplysia californica. Using neuroendocrine cells, known as bag cell neurons, she found that H2O2 evokes a prolonged firing of neurons, known as the afterdischarge. This long-term burst culminates in the release of hormones and reproduction.

These results challenge the concept that H2O2 is mostly associated with inflammation, and with disease states seen in neurodegenerative diseases. Using the well-characterized responses of the Aplysia model system, the researchers were able to show that H2O2 can also have important signalling functions in healthy animals.

Alamjeet Kaur Chauhan-Puri performed these experiments while completing a Ph.D. in the laboratory of Dr. Neil Magoski at Queen’s University. She performed all the experiments described in this study, collected and analysed the data generated and wrote the manuscript, which was edited by Dr. Magoski.