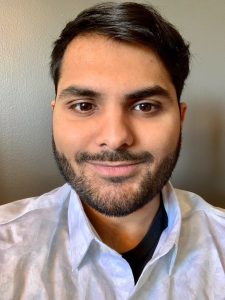 Dr. Yash Patel at the University of Toronto is the first author on one of the largest magnetic resonance imaging (MRI) studies of clinical patients diagnosed with six major psychiatric conditions: Attention Deficit/Hyperactivity Disorder (ADHD), Autism Spectrum Disorder (ASD), Bipolar Disorder (BD), Major Depressive Disorder (MDD), Obsessive Compulsive Disorder (OCD) and Schizophrenia (SCZ). This large-scale study in collaboration with the ENIGMA (Enhancing Neuroimaging Genetics through Meta-Analysis – ENIGMA) Consortium brought together a group of almost 300 researchers around the world, to investigate differences in thickness across the cerebral cortex from a total sample size of 28,321 individual MRI scans (12,721 cases and 15,600 controls, ranging from ages 2 to 89 years), from 25+ countries, 100+ institutions/hospitals and 145 unique cohorts. This impressive collaboration has led to a better understanding of the neurobiology of these six major brain disorders by correlating morphological difference in a structural measure of the cerebral cortex (namely thickness) with gradients in gene expression.

Prior MRI research has shown reductions in the thickness of the cerebral cortex in patients diagnosed with psychiatric disorders (as compared with controls) – however the underlying neurobiology behind these structural changes remains unclear. In this study, researchers generated profiles of group differences in cortical thickness between cases and controls for ADHD, ASD, BD, MDD, OCD, and schizophrenia through a meta-analytic linear regression framework. First, they show that alterations in cortical thickness across many psychiatric disorders is shared. Simply put, regions of the cortex that were abnormally thinner in patients with one condition, were also thinner in the other conditions. This shared structural alteration, supports a transdiagnostic element in psychiatric disorders.

Next, they used a ‘virtual histology’ approach to implicate cell types and their biological processes that may underlie the observed differences in brain structure. By relating gradients of cortical thickness with gradients of cell-specific gene expression, they showed that regions of the cortex with greater dendritically enriched pyramidal cell expression are also regions that present with the greatest group differences in cortical thickness. Through whole genome co-expression networks, they reveal two clusters of genes enriched prenatally and postnatally that were associated with these changes. Taken together, these findings support the ‘two-hit’ hypothesis in schizophrenia (and generally in mental illness), whereby deviations in prenatal development confer a state of vulnerability and subsequent postnatal stressors/events result in clinical manifestation.

Dr. Yash Patel performed this study as a PhD student in the laboratory of Dr. Tomas Paus at the University of Toronto. As first author of almost 300 authors listed, he was responsible for communication/organization between cohorts (facilitated through ENIGMA), data analysis and methods development. The study was co-designed with Dr. Tomas Paus (the senior corresponding author), and the virtual histology approach was developed in the Paus lab. Yash Patel is currently a post-doctoral fellow at the National Institutes of Mental Health.

Yash was supported by the Alexander Graham Bell Canadian Graduate Scholarship from the National Sciences and Engineering Research Council of Canada. The ENIGMA consortium is funded by the National Institutes of Health (NIH). Individual cohorts are supported by various international agencies, as reported in the original publication.