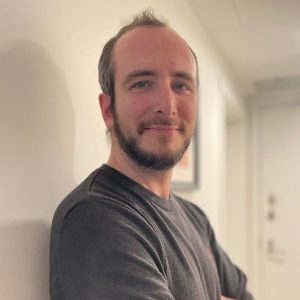 Several studies in rodents and humans suggested that fructose promotes feeding. A new publication by post-doctoral fellow Dr. Pierre-Yves Musso working in Michael Gordon’s laboratory at the University of British Columbia reveals that Drosophila have an intrinsic drive to binge on fructose, even in the presence of glucose at equivalent concentration. This paper uncovers a new fundamental neural network mechanism that directly links the consumption and regulation of appetite-stimulating fructose to appetite-suppressing glucose.

In this publication, the researchers showed that circulating glucose provides a satiety signal to a neural circuit in the fly brain regulating drive for fructose. Since In most natural foods, fructose and glucose are present in a relative ratio of 1:1, this neural circuit uses fructose as a proxy for the presence of energy in food, and glucose to induce satiety and prevent overconsumption.

This newly identified neural circuit mechanisms is composed of three main components: Janus, dFB and Gr43a. The researchers showed that central brain neurons called the dorsal Fan Shape bodies (dFB) detect circulating glucose and trigger calcium oscillations when flies are sated. When flies are hungry, the dFB do not display calcium activity and the flies show a strong preference for fructose when given the choice between glucose and fructose. Interestingly, preference for fructose over glucose is inhibited in non-hungry flies. The researcher also identified asymmetric neurons they called “Janus” as being required for dFB oscillation. The coincident detection by dFB of high glucose and Janus activity trigger the oscillations of dFB, but also the release of the neuropeptide tachykinin, which signals to the brain Gr43a fructose sensor and then modulates their response to fructose.

Furthermore, the researchers found the Janus/dFB/Gr43a network displays a homologous function to the mammalian hypothalamus which suggest a similar process from flies to mammalian.

While fructose and glucose are present in a relative ratio of 1:1 in most natural foods, the food industry has been using the less metabolizable fructose as a sweetener in most processed food, producing over-representation of fructose in the human diet. The findings reported in this publication explain how such a high fructose:glucose ratio drives animals to consume more food before reaching satiety and therefore ingest food in excess. In the long term, this can lead to metabolic disorders.

Dr. Pierre-Yves Musso did this work as a post-doctoral fellow in the laboratory of Dr. Michael Gordon at the University of British Columbia. He conceived of the project and individual experiments, developed and employed the methodology, conducted almost all experiments, analyzed all the data, visualized the data and assembled figures and wrote the first draft of the paper and participated in revisions along with his supervisor