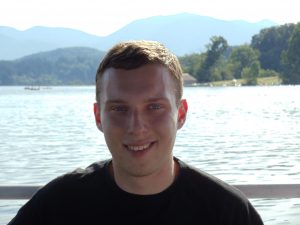 Structural neuroimaging findings in younger and older adults with major depressive disorder (MDD) are highly variable, possibly because of methodological limitations, lack of distinction between MDD and late-life depression (LLD), or other factors. A team led by post-doctoral fellow Peter Zhukovsky at the Centre for Addiction and Mental Health in Toronto has used a novel meta-analytic network mapping approach, to identify the circuits affected in different clinical subtypes of MDD.

The researchers used coordinate-based network mapping to meta-analyze the largest number of studies (n=143) of brain structure in depression to date, synthesizing findings in a field where other meta-analyses often fail to find agreement between studies. The study, which included a total of 14,318 participants, with MDD, LLD and control subjects used new statistical methods to show that the brain areas affected in younger and older adults with major depression show considerable overlap and include the frontoparietal, dorsal attention, and visual networks.

They found late onset of major depression was associated with widespread structural abnormalities compared to early onset depression, which may explain some of the risk for cognitive decline and dementia. They found that treatment with antidepressants was significantly associated with abnormalities in specific brain regions: the anterior cingulate (Brodmann’s area 32) and dorsolateral prefrontal cortex (Brodmann’s area 9) in adults with MDD. This may be due to greater depression severity and supports the importance of these two brain regions in depression treatments such as repeated transcranial magnetic stimulation.

The new approach developed in this study will be helpful in other domains of neuroscience and neurology, where mapping reported brain coordinates to common underlying networks could help improve our understanding of the shared neurocircuitry of psychological processes.

These investigations were thorough in their methodology, comprehensive in scope and impactful in terms of findings. By uncovering the neurocircuitry of major depression throughout lifespan across studies with different populations, it provides robust target networks for future clinical research into major depression causes and treatments. It also disentangles the heterogeneity in major depression studies, providing a more definitive account of neural circuits affected in major depression with different onset and medication patterns. Finally, it provides support to the study of psychiatric conditions as brain disorders, with specific neurobiological correlates which will help de-stigmatize mental illness.

Dr Peter Zhukovsky as a postdoctoral fellow working under supervision of Dr Aristotle Voineskos at the Centre for Addiction and Mental Health led the investigation of the networks affected in major depression that resulted in publication of this paper in the American Journal of Psychiatry. Working together with Dr John Anderson, Dr Gillian Coughlan, Dr Benoit Mulsant and Dr Andrea Cipriani, Dr Zhukovsky designed and pre-registered a meta-analytic protocol, screened a large number of studies, extracted relevant information and ran large-scale neuroimaging analyses on the computational platform SciNet. He analyzed the resulting brain maps and wrote up the manuscript, interpreting the findings in light of previous studies of brain structure in depression.

Dr. Zhukovsky was supported by a Canadian Institutes of Health Research (CIHR) postdoctoral research fellowship and by a Labatt Family Postdoctoral Research Fellowship in Depression Biology. Dr. Anderson was funded by a CIHR fellowship (CIHR-IRSC 0093005620). Dr. Voineskos receives funding from the CAMH Foundation, the Canada Foundation for Innovation, CIHR, the National Sciences and Engineering Research Council, NIMH, and the University of Toronto. He also acknowledges support from NIMH grant R01MH114970 for this work.