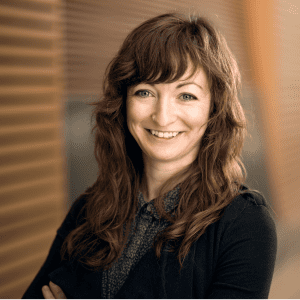 A publication led by post-doctoral fellow Molly Stanley and team at the University of British Columbia is the first to describe a sensory neural circuit for gustatory acid attraction. Sour has been studied almost exclusively as an aversive taste modality, yet recent work in the fruit fly, Drosophila melanogaster, demonstrates that sour tasting lactic acid is attractive at ecologically relevant concentrations. This research shows that lactic acid is sensed by sweet taste neurons and adds molecular and cellular data to support the notion that ‘sour’ is both an attractive and aversive taste modality, depending on the acid and its concentration. In addition, lactic acid can provide hungry flies with energy upon consumption.

The impact of this publication spans from redefining how we think about ‘sour’ as a taste modality to potentially affecting human health. In addition, this publication is the first to describe that taste neurons show both “ON” and “OFF” responses, which is a characteristic of some non-chemical sensory neurons. Recently, another group confirmed the presence of “ON” and “OFF” responses in bitter taste neurons, changing how we view the temporal coding of taste information in the nervous system. Another unexpected result was that two different classes of receptors mediated the response to lactic acid via detection of lactate vs. the pH. Finding the ‘sour’ taste receptor has been a major challenge in mammalian research, and the focus has been specifically on proton channels. These results suggest that while protons/pH are involved, there is likely a dual-receptor mechanism for acid detection by chemosensory cells which can guide future work in mammals. Lastly, a follow-up project to this publication will investigate lactic acid taste in disease-vector mosquitoes, as lactic acid on human skin may be a significant trigger to initiate biting/feeding. Uncovering the molecular and cellular mechanisms of lactic acid gustatory attraction in the closely-related fruit fly provides a starting point to investigate this pathway in deadly mosquitoes.

Post-Doctoral fellow Dr. Molly Stanley worked on this project in the laboratory of Dr. Michael Gordon, at the University of British Columbia. She was involved in every step of this project, from conceptualization to publication. Her supervisor and herself jointly came up with the idea for the project as well as the methodological approach. She performed or supervised all the imaging and behavioural experiments. She analyzed all the data, generated the figures and graphics and wrote the manuscript with input from her supervisor and colleagues. Dr. Stanley is currently finishing her position as a post-doctoral fellow and transitioning to a tenure-track faculty position at the University of Vermont where she will continue studying food-brain connections using the fruit fly as a model organism.

This work was funded by the Canadian Institutes of Health Research (CIHR) operating grant FDN-148424.