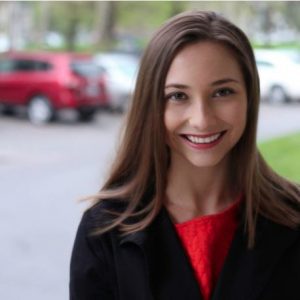 Ketamine was first used as an anesthetic, but it has more recently emerged as a rapid action antidepressant in medical practice. It is additionally used as a recreational drug. When acutely administered at low doses, ketamine causes cognitive deficits like those observed in patients with schizophrenia, including impaired working memory. Working at the University of Western Ontario, PhD student Megan Roussy has studied the effect of ketamine on primates during a spatial working memory task in a naturalistic virtual reality environment, and found it specifically affects coding of memory in a brain region called the Lateral prefrontal cortex.

In this study, the researchers developed a novel visuospatial working memory task that takes place in a virtual environment and mimics real-life use of working memory. They found that ketamine, a NMDA receptor blocker that mimics symptoms of schizophrenia, selectively diminished performance during the working memory task but not during a matched perceptual control task.

It is the first paper to describe single neural coding of working memory in the prefrontal cortex in a virtual environment. Using high-yield electrodes, the researchers recorded the activity of hundreds of simultaneously active neurons, demonstrated robust population coding, and explored basic population dynamics using novel statistical methods. They recorded the responses of 1814 single neurons in the macaque lateral prefrontal cortex and found that ketamine reduced the selectivity of their firing to remembered locations. At a population level, they found that ketamine reduced the amount of information neurons contained about remembered locations on a single trial level and showed that this loss of information was caused by the reduced spatial selectivity of neurons. Both the loss of tuning and of information content were related to different effects of ketamine on two classes of neurons: narrow (putative interneurons) spiking cells and broad (putative pyramidal cells) spiking neurons. Ketamine reduced the activity of narrow spiking neurons for their preferred locations and increased the activity of broad spiking neurons for their previously non-preferred locations. This suggests that the loss of spatial selectivity and subsequent working memory deficits were caused by disinhibition of pyramidal cells.

This publication has wide-reaching implications. It outlines a possible mechanism underlying cognitive deficits in people with schizophrenia and related psychosis. Mental representations were not abolished by ketamine, but they became less precise or distorted and reliance on distorted representations may cause perceptual aberrations like hallucinations.

Ketamine also continues to gain popularity for the treatment of conditions like depression. This study shows that ketamine increases the level of activity of certain neuron types (e.g., excitatory cells) which may be related to ketamine’s therapeutic properties. Nonetheless, these findings call for a careful evaluation on the impact of therapeutically administered ketamine on prefrontal cortex mediated cognition. Indeed, Megan Roussy’s research supervisor, Dr. Palaniyappan, has presented this data to local networks of clinicians to inform policy and best practices surrounding the development of IV ketamine clinics, in addition to these results being shared widely in the scientific community through presentations, publications and social media.

This work is part of Dr. Megan Roussy’s PhD research at the University of Western Ontario in the laboratory of Dr. Julio Martinez-Trujillo. Along with her research supervisor, Megan Roussy conceptualized the project. She created the task and task environment using video game development software and trained two rhesus macaques to perform the task. She assisted in developing new recording hardware, planned the surgical procedure, and assisted in the surgical implantation of recording related hardware and electrodes. She collected the data and led all aspects of manuscript writing with editing advice from her research supervisor.