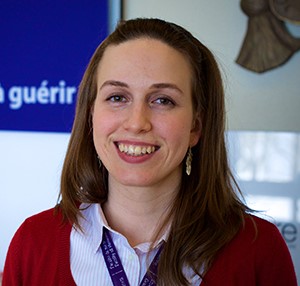 Parkinson’s disease: Age-associated changes in parkin in the human brain is associated with protective outcomes

The mechanisms by which the parkin protein protects the adult human brain from Parkinson disease remain incompletely understood. Mutations in the gene PRKN, which encodes this protein, lead to a young-onset, recessive form of Parkinson disease (PD). These mutations lead to a loss of neurons in two brain regions that synthesize dopamine, the Substantia nigra and the Locus coeruleus. A new study led by PhD student Jacqueline Marie Tokarew, working in Michael Schlossmacher’s laboratory at the University of Ottawa, investigated the role of parkin in human brains in protecting against Parkinson’s disease and found a novel role for parkin as an antioxidant and regulator of the redox state of cells.

Through an extensive series of experiments, the researchers showed that this process also occurred in human and mouse brains, that hydrogen peroxide levels were increased in parkin deficient brains, and that parkin acted to protect the brain from the damaging effects of excessive amounts of hydrogen peroxide.

This is the first study of its kind to explain several unique aspects of parkin metabolism in the human brain and it challenged the current parkin dogma by demonstrating that oxidative modifications of parkin is not detrimental, but associated with protective outcomes. Of clinical importance, the findings presented here also demonstrated a potential, human-specific link between parkin and neuromelanin formation, which deserves to be further explored, as this substance is unique to human and primate brain.

Future studies focusing on the effect of parkin oxidative modifications on protein structure will provide insight into how they alter parkin function in vivo and contribute to PD pathogenesis. Furthermore, these findings in human brain support the use of pharmacological and toxicological induction of oxidative and dopamine metabolite stress in parkin deficient animals as representative PD research models. Finally, designing clinical trials using antioxidants specifically in individuals affected by PRKN-associated PD (in addition to targeted gene therapy with PRKN cDNA) represents an important treatment approach to explore.

PhD student Jacqueline Marie Tokarew performed this study in Michael Schlossmacher’s laboratory at the University of Ottawa. As co-first author, the applicant provided major contributions to establishing: experimental techniques, the project’s design, data analyses and interpretation, and the initial drafts and edits of this publication.