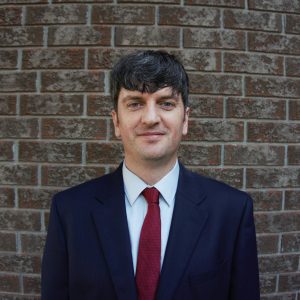 Genetic variants highlight the role of inflammation in the development of Parkinson’s disease.

Parkinson’s disease (PD) is a progressive neurodegenerative disease that affects movement, leading to tremors, stiffness and slowness of movement. Late-onset PD is thought to be the outcome of interactions between genetic predisposition, encounters with pathogens in the environment and depend on gender and the passage of time. It is considered a complex disease as multiple factors are required for it to develop.

Research by Dr. Bojan Shutinoski, working in Michael Schlossmacher’s laboratory at the Ottawa Hospital Research Institute and the University of Ottawa, provides evidence that inflammation augments nerve cell loss in the brain, and that a protein called LRRK2 modulates inflammation in a sex-dependent manner. Variants in the LRRK2 gene are associated with PD, leprosy and Crohn’s disease —three disorders with inflammation as an important component.

The researchers studied the effect of microbial infection in mice and showed that LRRK2 variants affect the level of the inflammatory response. The wild-type LRRK2 had a protective effect against microbial infection, and, notably, the researchers showed a mutation associated with PD enhanced the host immune response to a common bacterial infection in mice. This increased response was accompanied by an increased inflammatory response. This hyperactive LRRK2 variant (called p.G2019S mutant) was also associated with higher mortality rates from encephalitis (brain infection due to a virus) in female mice. These results are consistent with the fact that women with the same mutant LRRK2 variant have a higher rate than men to develop Parkinson disease, highlighting a sex-specific response.

Dr. Shutinoski’s findings also support a growing body of evidence that the LRRK2 protein functions in immune cells both within the brain and the periphery. These results suggest that immune cells should be further investigated in studies of neurodegeneration.

Such a shift in research perspective promises to inform future therapeutic interventions for PD, leprosy, and Crohn’s disease, as well as generate new strategies for treatment of these three diseases associated with LRRK2 variants.

Dr. Bojan Shutinoski performed this work as a post-doctoral fellow in the laboratory of Dr. Michael Schlossmacher at the Ottawa Hospital Research Institute and the University of Ottawa Dr. Shutinoski was involved in every step of the project. He helped in the design of the study, performed animal studies, viral titer assessments and bacterial counts, genotyping and statistical analyses, carried out cellular studies, performed power analyses and statistical analyses, performed biochemical, genotyping, and histological experiments, performed, data analyses and prepared the initial draft of the manuscript and figures. He also helped in writing the reviewers response. He was supported by colleagues including Dr. Mansoureh Hakimi, who carried out some of the initial experiments in animals.

Funding:
This work was supported by the Parkinson Research Consortium of Ottawa (to B.S. and M.H.), Government of Canada Team Grant to CLINT Investigators, Canada Research Chair Program and Project Grant Program (to M.G.S.), NSERC grant (to I.E.H.), Michael J. Fox Foundation for Parkinson’s Research (to D.J.P., J.J.T., E.G.B., S.S., and M.G.S.), the Uttra and Sam Bhargava Family, and the Department of Medicine at The Ottawa Hospital (to M.G.S.), for the source of funding for the study