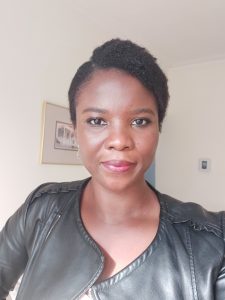 Tuberous sclerosis complex (TSC), is an autosomal dominant disease associated with high occurrence of epilepsy, intellectual disabilities, and autistic traits, and can be caused by mutations in a gene called Tsc1, which encodes the Tsc1 protein. In a new publication, Dr. Clara Amegandjin and colleagues investigated the effect of Tsc1 loss or haploinsufficiency (loss of one of two copies of the gene) in a specific subset of neurons in organotypic cultures and in mice and were thereby able to better understand the role of this protein in normal brain development. Furthermore, they identified a sensitive period during which administration of a drug that rescues the effects caused by Tsc1 haploinsufficiency can correct these defects.

The functioning of the brain cortex requires the coordinated action of excitatory and inhibitory neurons. Parvalbumin-expressing (PV) GABAergic interneurons are the principal inhibitory interneurons in the brain cortex, and impaired development of these PV interneurons is a key cause of neurodevelopmental pathologies. This study showed that Tsc1 haploinsufficiency modified the connectivity of PV interneurons. They demonstrated that loss of Tsc1 either in isolated PV cells, in organotypic cultures, or in the entire PV cell population in live mice results in an early growth of axonal branches and increased number of connections formed by the mutant cells, which is followed by an exaggerated pruning of these in the adult mice.

The researchers also demonstrated the existence of a critical period between the 2nd and 3rd postnatal weeks during which treatment with a drug called Rapamycin, known to interact with the Tsc1 signaling pathway, is sufficient to permanently reverse connectivity and behavioral deficits in mutant animals. These results suggest this therapeutic approach would be most appropriate to prevent premature maturation of connections linked with Tsc1 haploinsufficiency and its underlying effects.

Indeed, although various treatments have been proposed to try to improve the lives of patients suffering from TSC, none of them have been effective enough to completely reverse the condition. Indeed, human clinical trials with drugs to treat TSC, generated mixed results; while some of these studies reported a positive effect on the symptoms of TSC, others found no positive results. This may be because clinical studies generally exclude children under four years of age from patient cohorts.

The data reported here suggest a critical developmental window during which a short treatment may produce long-term benefits.

Clara Amegandjin performed this work as graduate student in the laboratory of Dr. Graziella Di Cristo at St-Justine Hospital Research Center, affiliated with Université de Montréal. Ms. Amegandjin participated in the conceptualization and execution of experiments, and analysis and interpretation of results. She prepared the figures of the article, contributed to the writing of the manuscript and the response to the reviewers.

This work was supported by grants from the Canadian Institutes of Health Research (CIHR) and Savoy Fondation to Dr Graziella Di Cristo. Clara Amegandjin was supported by fellowships from Natural Sciences and Engineering Research Council of Canada (NSERC) and Université de Montréal.