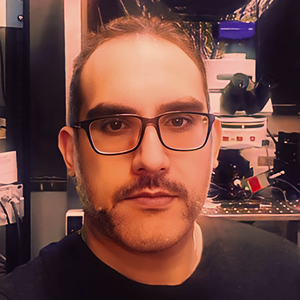 Decreased function of the MD had been shown to be a critical causative feature of cognitive deficits in schizophrenia in humans, which is also mimicked in non-human primate and rodent models of schizophrenia. While imaging studies in patients and lesion studies in rodents had underlined the contribution of MD to cognitive function, they did not provide insights into whether there was a causal relationship between MD and cognitive impairment in schizophrenia.

This new study demonstrates that cognitive deficits due to disrupted communication between the MD and another brain region called the prefrontal cortex (PFC) may arise from the disruption of a single gene in the MD. This gene, called Lrrtm1, is strongly associated with schizophrenia and is highly expressed in the thalamus. Deletion of Lrrtm1 in the MD of adult mice led to reduced strength of connections and disruption of information flow from the MD to the PFC, and led to anxiety-related avoidance, impaired working memory, impaired sensory-motor gating and reduced interest in social novelty. These effects were then reversed by the reintroduction of the LRRTM1 protein in the MD. This study suggests a mechanism for how MD disruption by loss of the Lrrtm1 gene can cause schizophrenia-like symptoms in model animals.

This discovery opens new opportunities to treat schizophrenia. The authors suggest that modulating LRRTM1, or proteins that interact with this protein is a potential therapeutic strategy for cognitive impairment in schizophrenia.

Dr. Karimi performed bulk of the experiments and analysis, including animal surgeries, molecular experiments, behavioural testing, and electrophysiology and actively participated in every other part of this study.  The study was co-designed with Benyamin’s PhD supervisor Dr. Tabrez Siddiqui and was entirely performed during Benyamin’s PhD training with Dr. Siddiqui at University of Manitoba. Benyamin received his PhD in March 2022 and is now a post-doctoral fellow at the University of Toronto.