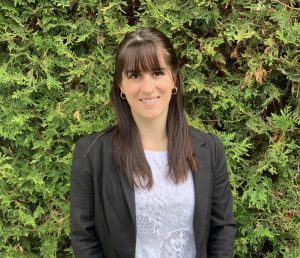 Patients with 16p11.2 deletion syndrome harbor the loss of approximately 30 genes on chromosome 16, and most present features of the autism spectrum disorder. Julie Ouellette and colleagues investigated cerebrovascular deficits in a mouse model of the 16p11.2 deletion syndrome. They discovered that 16p11.2 deletion leads to male-specific structural and functional neurovascular abnormalities. Baseline brain blood flow, neurovascular coupling and cerebrovascular reactivity were altered, as was blood vessel production (angiogenesis) in young 16p11.2 deletion mice. Endothelial cells regulate the passage of molecules from the blood into the brain and were therefore of particular interest to the researchers. They showed defective angiogenesis in culture in mouse brain endothelial cells which was recapitulated in induced pluripotent stem cells derived endothelial cells from human carriers of the 16p11.2 deletion. Finally, the researchers found that mice with an endothelium-specific 16p11.2 deletion partially reiterated some of the behavioral changes in 16p11.2 syndrome, including hyperactivity and impaired motor learning.

These findings uncover a novel association between endothelial dysfunction and the 16p11.2 deletion syndrome establishing a vascular link to autism spectrum disorders while emphasizing the important role of endothelial cells in brain development.

This publication will encourage further studies to identify the full complement of vascular players involved in autism spectrum disorders pathogenesis which may lead to transformative strategies for diagnosis, prevention and/or early treatment.

Julie Ouellette is a PhD candidate in the laboratory of Dr. Baptiste Lacoste at the Ottawa Hospital Research Institute -University of Ottawa. To complete this publication, she performed experiments, analyzed data and wrote the manuscript draft. Julie Ouellette has presented this research at local, national and international conferences.