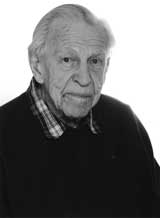 Dr. Peter Milner was an outstanding neuroscientist who, with the late James Olds, discovered that electrical stimulation in specific parts of the brain (sometimes referred to as ‘pleasure centers’) acted as a reward for behavioural actions….

John Roder was a world leader in the genetics of neuroscience, developing new tests and mouse models of psychiatric disease including, important advances in schizophrenia….

Jack Diamond’s research, imaginative and of the highest quality, was concerned with regeneration and disorders of
peripheral nerve; later he also studied risk factors for the development of Alzheimer’s disease. Jack wanted to understand beneficial and detrimental roles of collateral sprouting, “a poetry of nerve growth”….

John Ferguson MacDonald was the quintessential Canadian scientist. A visionary and an insightful researcher who transformed the fieldof neuroscience, John wasa man whose humility, generosity, and deeply rooted respect for all transcended his outstanding scientific achievements….

Laurent Descarries was internationally renowned for his extensive work on the ultrastructural organization of monoaminergic and cholinergic innervations in the brain, and in particular for his work demonstrating the mostly asynaptic character of their axon terminals. The latter are now commonly thought to mediate their signals through a process called “diffuse transmission” or “volume transmission”…

Didier Mouginot was a versatile scholar who excelled in each of his duties; researcher, teacher and administrator. His accomplishments as a researcher are original and creative and reflect a sustained commitment to conduct the best possible research. He was a leader in his field due to the excellent quality of his research. This excellence was obtained by the continued expansion of his expertise and of his field of study through the acquisition of new advanced technologies to achieve a greater level of depth in his research. He was also a great collaborator who openly shared his knowledge and expertise….

William Dryden’s insight, breadth of knowledge, collegiality and sense of humour will be fondly remembered.

Sergey Fedoroff  is considered the father of tissue culture because of his important findings and contributions. He was president of several societies, such as the Pan American Association of Anatomy. He was also the mentor of several generations of the best
neurologists of the world. Read a profile of Sergey Federoff in the International Journal of Morphology