In this startling and thought-provoking book, which will remind readers of works by Oliver Sacks and Atul Gawande, a world-renowned neuroscientist reveals his controversial, groundbreaking work with patients whose brains were previously thought vegetative or non-responsive but turn out—in up to 20 percent of cases—to be vibrantly alive, existing in the “Gray Zone.”

People in this middle place have sustained traumatic brain injuries or are the victims of stroke or degenerative diseases, such as Alzheimer’s and Parkinson’s. Many are oblivious to the outside world, and their doctors believe they are incapable of thought. But a sizeable number are experiencing something different: intact minds adrift deep within damaged brains and bodies. An expert in the field, Adrian Owen led a team that, in 2006, discovered this lost population and made medical history. Scientists, physicians, and philosophers have only just begun to grapple with the implications.

Following Owen’s journey of exciting medical discovery, Into the Gray Zone asks some tough and terrifying questions, such as: What is life like for these patients? What can their families and friends do to help them? What are the ethical implications for religious organizations, politicians, the Right to Die movement, and even insurers? And perhaps most intriguing of all: in defining what a life worth living is, are we too concerned with the physical and not giving enough emphasis to the power of thought? What, truly, defines a satisfying life? 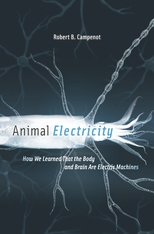 Author: Robert B. Campenot, Professor Emeritus in the Department of Cell Biology at the University of Alberta
“A beautifully written, authoritative, and thoroughly engaging account of the electrical properties of nerve cells and what they accomplish. All of us—but especially students—will be reminded of the way progress understanding the nervous system actually unfolds, today’s hyperbole notwithstanding.”
— Dale Purves, M.D., Duke Institute for Brain Sciences
Like all cellular organisms, humans run on electricity. Slight imbalances of electric charge across cell membranes result in sensation, movement, awareness, and thinking—nearly everything we associate with being alive. Robert Campenot offers a comprehensive overview of animal electricity, examining its physiological mechanisms as well as the experimental discoveries that form the basis for our modern understanding of nervous systems across the animal kingdom.
Cells work much like batteries. Concentration gradients of sodium and potassium cause these ions to flow in and out of cells by way of protein channels, creating tiny voltages across the cell membrane. The cellular mechanisms that switch these ion currents on and off drive all the functions associated with animal nervous systems, from nerve impulses and heartbeats to the 600-volt shocks produced by electric eels.
Campenot’s examination of the nervous system is presented in the context of ideas as they evolved in the past, as well as today’s research and its future implications. The discussion ranges from the pre-Renaissance notion of animal spirits and Galvani’s eighteenth-century discovery of animal electricity, to modern insights into how electrical activity produces learning and how electrical signals in the cortex can be used to connect the brains of paralyzed individuals to limbs or prosthetic devices. Campenot provides the necessary scientific background to make the book highly accessible for general readers while conveying much about the process of scientific discovery.
Robert B. Campenot is Professor Emeritus in the Department of Cell Biology at the University of Alberta.
Published by Harvard University Press
Available on amazon.ca: http://www.amazon.ca/Animal-Electricity-Learned-Electric-Machines-ebook/dp/B01B1VORPU/

About the Book: The human brain is the most complex known machine in the universe, yet it shuts itself off from the outside world each and every day, for hours on end.  Why? This book explains why rest and sleep evolved in living things using simple principles from biology. The question of why we and other organisms sleep – long considered a scientific mystery – is resolved.  The book identifies that sleep serves a simple and biologically elegant function that applies to all living things with nervous systems. The answer to why we sleep has important implications for understanding the biological basis of sleep health, and in particular mental health.

Publisher: BookBaby. The book is available at all online bookstores ($9.99) including Amazon, Barnes and Noble, Kobo and Scribd. For link to Amazon and reviews see Link via Amazon.ca

About the Author:  Richard is a Professor in the Departments of Medicine and Physiology and a Tier 1 Canada Research Chair. His research focuses on mechanisms of sleep, sedation and anesthesia, and their impact on vital functions such as breathing. He has over one hundred peer reviewed scientific publications and chapters in major textbooks. Dr. Horner is also active in undergraduate and graduate teaching at the University of Toronto and he has won awards for his courses. He has also received awards from the Faculty of Medicine for linking undergraduate teaching with research (2013), as well as sustained excellence in graduate teaching and mentorship (2015). 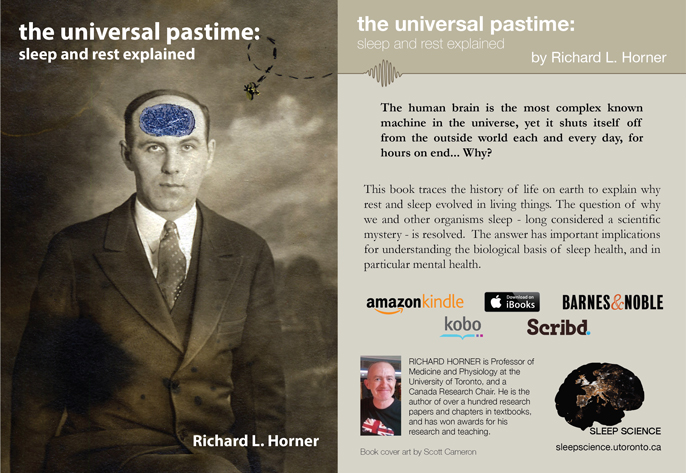 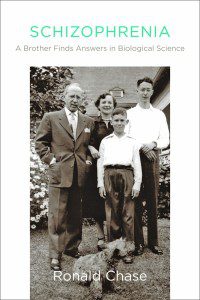 Ronald Chase, an accomplished biologist, sets out to discover the facts about the disease and better understand what happened to his older brother, Jim, who developed schizophrenia as a young adult. He finds scientific answers to deeply personal questions about the course of his brother’s illness. He describes psychiatric practice from the 1950s—when electroconvulsive shock therapy was common and the use of antipsychotic medications was in its infancy—to the development of newer treatments in the 1990s. Current medical and scientific research increases our understanding of genetic and environmental causes of the disease. In Schizophrenia: A Brother Finds Answers in Biological Science, Chase alternates between a fiercely loyal and honest memoir and rigorous scientific exploration.

CAN Members are offered an exclusive 30% discount if they buy this book online at Johns Hopkins University Press. Simply use the DISCOUNT CODE: HNAF

September 2013 – A new edition of Sight Unseen, An Exploration of Conscious and Subconscious Vision, Edited by Melvyn Goodale and David Milner, has recently been published by the Medicine Department at Oxford University Press.

In this updated and extended edition, Goodale and Milner explore one of the most extraordinary neurological cases of recent years—one that profoundly changed scientific views on the visual brain. It is the story of Dee Fletcher—a young woman who became blind to shape and form as a result of brain damage. Dee was left unable to recognize objects or even tell one simple geometric shape from another. As events unfolded, however, Goodale and Milner found that Dee wasn’t in fact blind — she just didn’t know that she could see.

CAN Members are offered an exclusive 20% discount if they buy this book online – contact us for the promotional code! 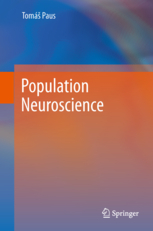 Dr. Tomáš Paus, Professor of Psychology and Psychiatry at the University of Toronto and Senior Scientist at The Rotman Research Institute has published a new reference book entitled « Population Neuroscience », a topic he presented in the Presidential lecture at the 2012 Canadian Neuroscience Meeting in Vancouver.

Description from Springer, the book’s publisher: